Opinion: It’s a good time to focus on ‘Complete Neighborhoods’

Memphis is a big city, and one with unique problems —notably, too much land and not enough people.

It’s been two years since this special place lured me in, and while I’ve recently been called to work in economic development for the state of Tennessee, I’m thankful I studied this community in such depth for my master’s degree in city and regional planning at the University of Memphis.

This city invested in me, and I hope I’ll be an effective advocate for it in my work with Launch Tennessee, which aims to make this “the most startup-friendly state in the nation.” I want to leave Memphis with a framework I used in my studies, Complete Neighborhoods, for addressing the challenges ahead.

When I moved to Memphis, its momentum was palpable. COVID-19 challenged the trajectory of the city, but the guiding framework behind Memphis 3.0 — the city’s comprehensive plan — has proven a valuable tool for staying on track.

Memphis 3.0 set an ambitious direction for the city to build up, not out. The strategy behind this goal focuses on neighborhood anchors, and I believe that’s part of the reason it was nationally acknowledged as the plan of the year in 2020.

Neighborhoods are everything. They are the places where life happens, and since the outbreak of COVID-19, they are increasingly where work happens for many of us. For the first time in a long time, we are waking up to the fact that the way we build our neighborhoods affects the way we interact with one another and the world around us. It’s enjoyable to take a 15-minute walk from the Cooper-Young neighborhood to Kroger without ever having to leave a sidewalk or cross the Godforsaken Union Avenue.

COVID-19 presents an opportunity to rethink our plans to invest in our neighborhoods. This was the challenge I set out to address in my master’s capstone at the University of Memphis. That led to my focus on Complete Neighborhoods.

Complete neighborhoods are emerging as a topic across the United States. Some cities, such as Los Angeles, Minneapolis, San Antonio and Denver, have officially recognized them as part of their comprehensive plans.

I mapped out these complete neighborhood indicators for Memphis. In order for an area to be considered complete, it had to be within range of six of the nine indicators we were able to identify, as visualized below: 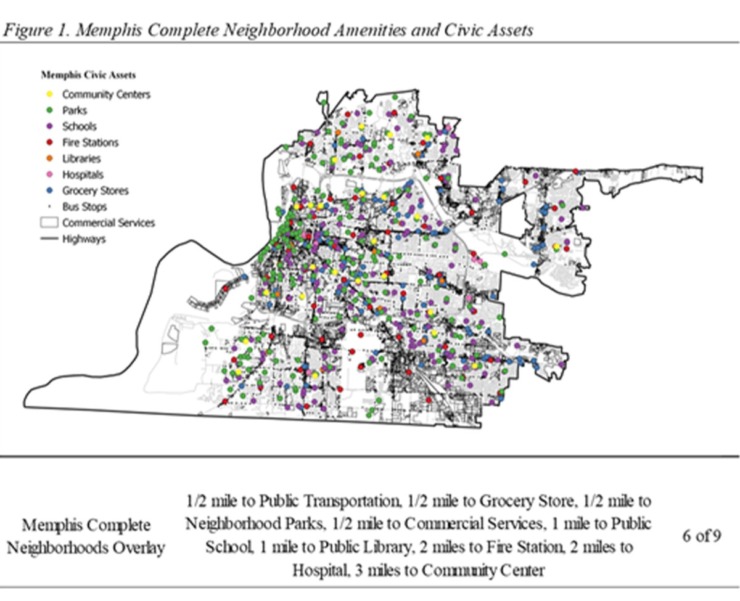 Once these were mapped, I applied some data science and visualization magic and came up with the following overlay for Memphis. Areas between 1 and 5 are considered incomplete, and areas between 6 and 8 are considered complete. But if you’re familiar with Memphis, you might be surprised with some of the results. 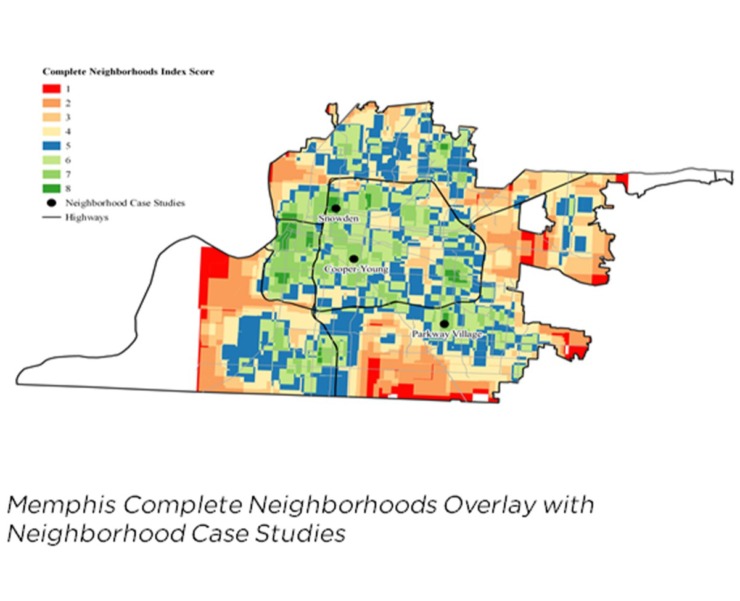 From the map above, you see that the Snowden and Cooper-Young neighborhoods are viewed as similarly complete. But if you take a stroll through the neighborhoods, they look quite different. As visualized below, you can see there’s a pretty substantial difference in the building conditions of the two neighborhoods. That’s because complete neighborhoods aren’t indicators of quality. Rather, they are indicators of opportunity: They are places that are already built for success, but simply need more people to call the neighborhood home or some additional external investment, say from a community catalyst fund or an affordable housing trust fund to get things going. 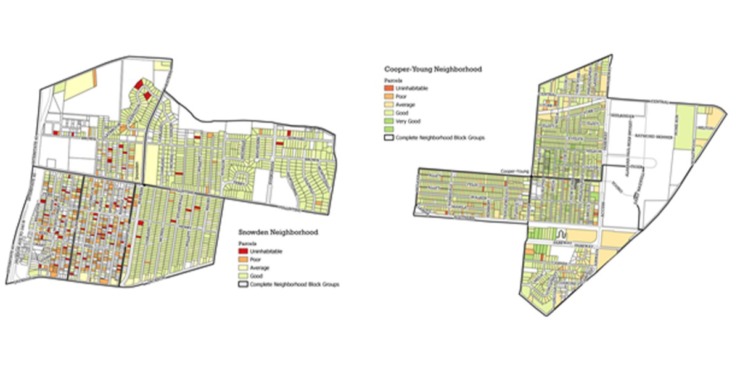 Memphis has a lot of work ahead if it plans to build up, not out. COVID-19 wreaked havoc on budgets and plans here and nationwide, but the city has an urban core with all of the ingredients it needs for success. Complete Neighborhoods tells us a lot about areas that are already built for development and just need a little bit of love. Or areas that just need one or two more things to be good to go.

It is time to start thinking about our neighborhoods more holistically through the lens of completeness. Does your neighborhood have everything you could possibly need? If not, what is it missing? If it has everything, how could it be improved?

Now that we can work from anywhere, these are important questions for people like me or the entrepreneurs I work to recruit to Memphis and other communities across the state through my work at Launch Tennessee.

Memphis has an opportunity to emerge as one of the premier cities in the U.S. It is an easy city to fall in love with, and it is capable of providing complete neighborhoods for everyone. Learn more at completeneighborhoods.org

*This column was written by Charles Layne, former BLDG Memphis policy fellow, and published by the Daily Memphian.

or
Please check your e-mail for a link to activate your account.